Emergence of a Southern Hawker Dragonfly

I've managed to spot a dragonfly midway through its emergence from an aquatic nymph to its adult form on several occasions but only very rarely have I seen the nymph before the emergence process began. On this occasion I was lucky and spotted the still wet nymph as it slowly walked up a reed before emerging into a Southern Hawker Dragonfly.

The process began with the nymph leaving the water and climbing up a reed. It then sat still for around 10 minutes. 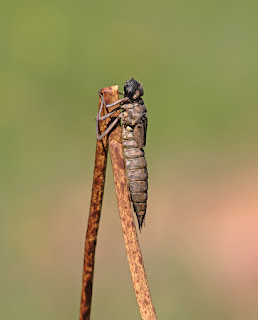 A bulge then appears in the nymph's back: 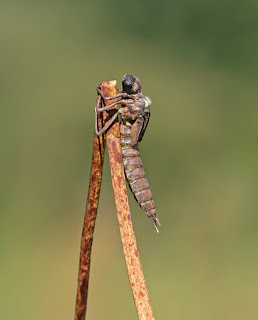 Slowly but surely the dragonfly starts to push its way out of the exuvia: 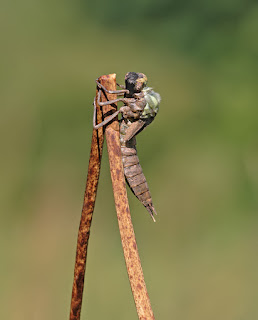 The dragonfly's eyes are now visible: 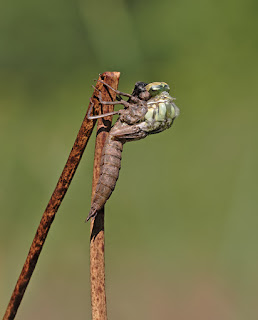 With a further push it breaks some of the breathing tubes that it used as a nymph. You can see that one is still attached. 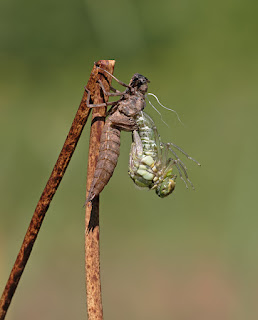 All breathing tubes have now snapped. It was at this point that I began to worry that the dragon was going to fall into the water below. It seemed to sense this and so stopped pushing.: 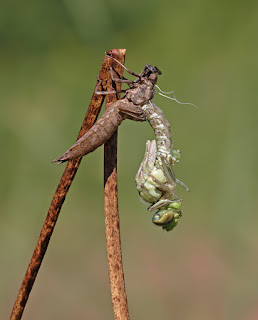 I therefore bent a nearby reed within reach and as soon as I did so the dragonfly held onto it and pushed its way out of the exuvia. The end of a remarkable process. Newly emerged dragonflies would typically stay in this position for several hours while the wings expand and harden and the body develops its adult colours and markings. 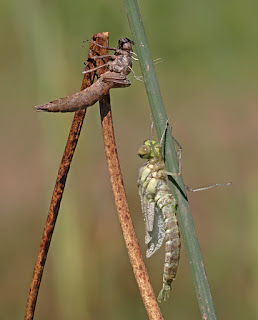