The Ones That Nearly Got Away...

In the summer months I tend to take lots of macro images, knowing that each phase of the 'insect season' is transient and before long the days will start shortening and it will soon be autumn. The downside of taking so many images is that the processing backlog starts to build up and I soon develop processing fatigue. As a result, after processing the best images from a photographic session I'm always keen to start processing images from the next photographic session and don't always bother to process those images that perhaps didn't grab me immediately.

At this time of the year, when photographic opportunities are less plentiful (at least for a macro photographer), I sometimes find it pays to review these 'best of the rest' images that I didn't get around to processing. Occasionally I find an image that I do quite like.

Anyway, here are a few such images. These will definitely be the last of my 2011 insect images. 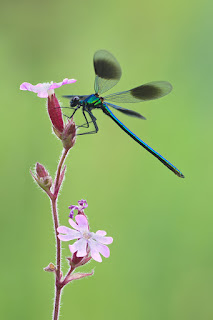 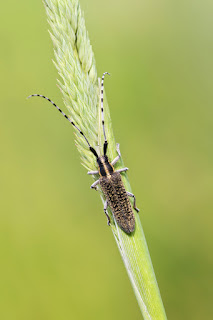 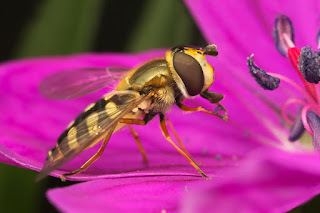 A Black Ant looking for honeydew from aphids to feed on 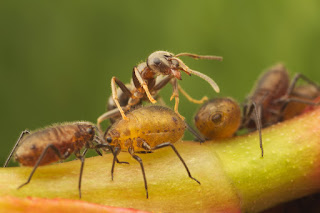 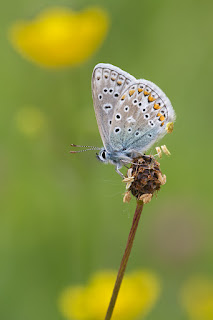 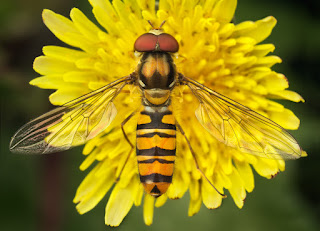 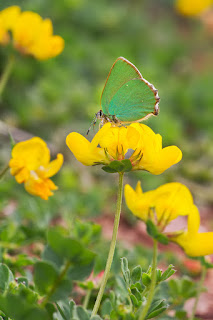 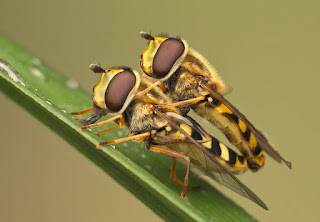 I'm looking forward to spring!!
Posted by Matt Cole at 21:34 No comments:

I've taken very few images in recent weeks, a combination of the time of year (no insects!), the weather and too much work. The limited spare time I have had has been devoted to preparing stock images and continuing to go through last year's images.

In another recent post I commented on how poor last autumn was for fungi, mainly as a result of the prolonged dry weather. While I managed to find a reasonable number of Fly Agarics (see this post), other types of fungi were few and far between. In fact I only managed a couple of half decent images. See below! 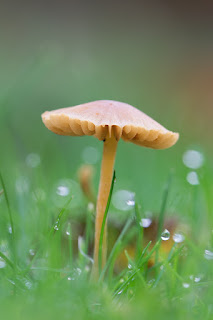 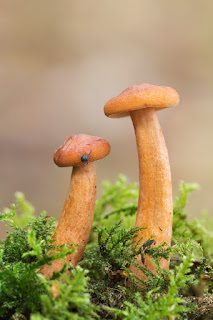 and a final Fly Agaric image for good measure: 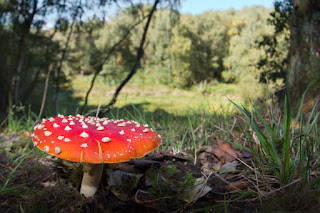 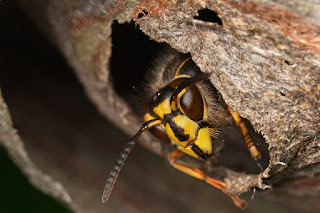 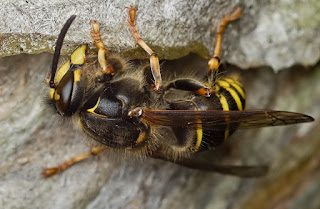 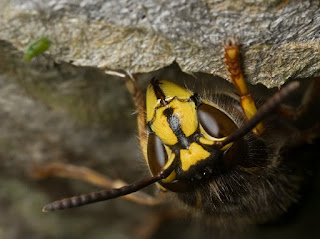 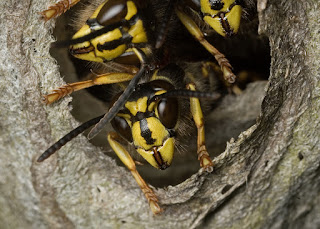 2011 was a particularly good year for Seven Spot Ladybirds, I don't think I've ever seen so many. But I also spotted quite a few other species of ladybird this year, including the Harlequin Ladybird. This species only arrived in the UK in 2004 but has already spread throughout much of England though it remains rare in Wales and Scotland. Unfortunately it poses a significant threat to our native ladybirds as it feeds upon small insects and eggs, including the larvae and eggs of other ladybirds. Its variable patterning can make it difficult to ID but its large size often gives it away.

Below are some examples of the various ladybirds that I photographed in 2011.


A Harlequin Ladybird on a Hollyhock flower. This is probably the most common Harlequin colour and pattern 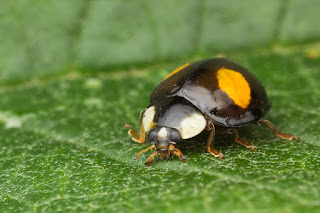 This is a Cream Spot Ladybird 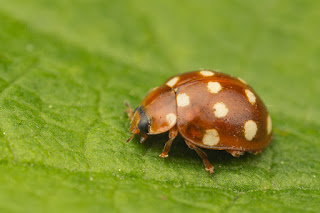 while this is a Fourteen Spot Ladybird 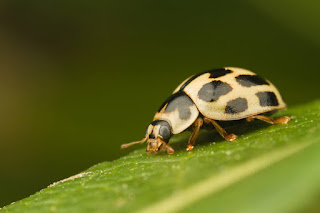 This one isn't a great shot but is a Ten Spot Ladybird, these are very variable in terms of patterns and can be mistaken for Harlequins, by me anyway 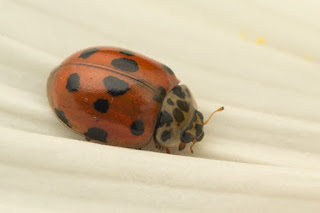 Here's a tiny Two-Spot Ladybird, much smaller than the similarly coloured Seven Spot 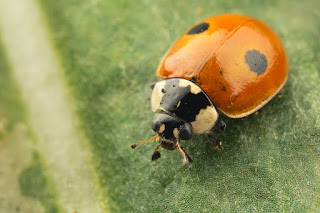 and finally, a good old Seven Spot Ladybird, here eating an aphid. The Seven Spot is still our most common Ladybird, but perhaps not for much longer given the rapid spread of the Harlequin 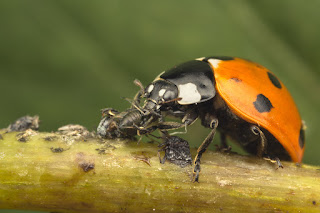