National Geographic's Geostories is a new publishing platform for multimedia stories that are linked to a physical geographic place (or places). Clay Bolt has put together a very nice Meet Your Neighbours Geostory which provides a selection of images, each linked to the specific place that they were taken and each with a bit of background information about the image and the location. 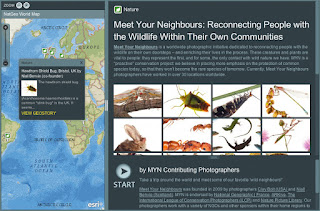 Clicking the image above will take you directly to the Geostory. You'll find one of my images at number 11 in the slideshow.
Posted by Matt Cole at 13:11 No comments:

Jigsaw, Mug or T-Shirt Anyone?!

I've got to hand it to my stock agency, FLPA, they're certainly good at proactively finding different opportunities to sell and market images. Evidence of this is provided by their tie-ins with The Garden Collection, Age Fotostock and Arkive, to name but three. But the point was really brought home to me when I, somehow, stumbled across one of my images for sale as a jigsaw on the US Amazon site! 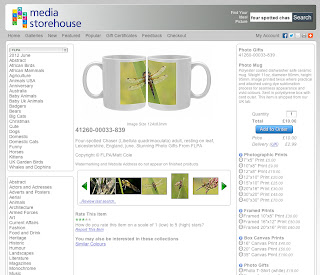 A bit more digging indicated that FLPA has yet another tie-in with Media Storehouse and, through them, it is possible to buy jigsaws, mugs and t-shirts of many of my images (not to mention keyrings and  fridge magnets)! I'm not sure how popular these are - I doubt there's a massive market for insect themed accessories and gifts and no doubt furrier or more feathered subjects sell better - but I certainly can't fault FLPA for trying!
Posted by Matt Cole at 21:26 No comments: 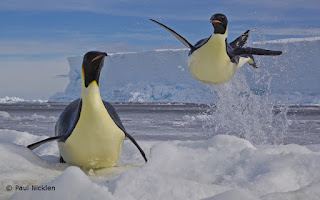 I always enjoy photographing grasshoppers, not least because I find their faces to be very expressive. One of my photographic goals this summer was therefore to take a grasshopper portrait for the Meet Your Neighbours project.

I find grasshoppers reasonably easy to photograph as long as the weather is fairly cool and/or it is early in the morning or late in the evening. Some grasshoppers will simply jump away as soon as you approach but, if you're careful and move slowly, others will be surprisingly confiding. After a few unsuccessful attempts with uncooperative grasshoppers, the individual below posed nicely for me for a few frames (as ever, I then let it go about its business). 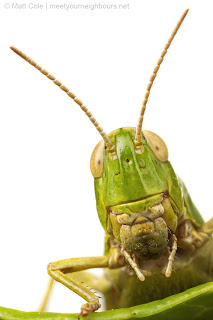 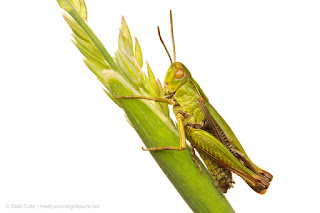 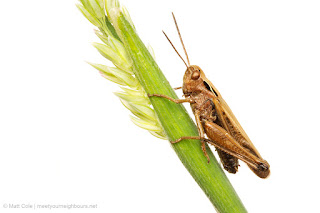 Following on from this post, here are a couple more images of a heavily dew-covered Common Darter dragonfly, this time taken with my Sigma 150mm lens. 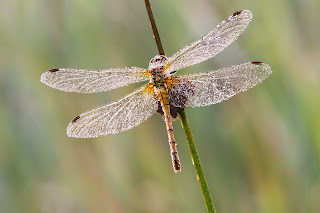 I don't normally like square-cropped images but on this occasion the shape of the subject seemed to suit it: 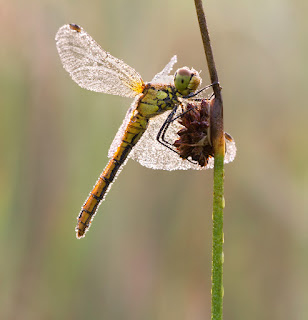