From time to time I receive emails from artists asking if they can base a painting on one of my images. I recently received such a request from a Dubai based artist by the name of Matt Ryder. He was keen to use one of my Red Deer Stag images (see below) as the basis for a painting he had in mind.

The result is below. It's entitled Wandering Storm and is acrylic on canvas measuring 72 inches x 60 inches. Clearly he's shown some artistic license but the stag itself is very similar to the original image and is very impressive in my opinion. 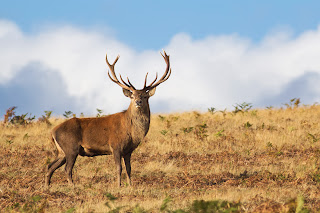 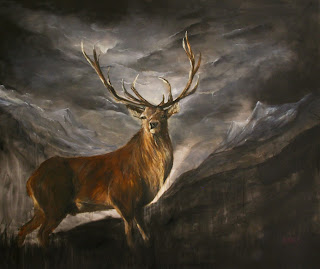 As well as being a wildlife artist, Matt Ryder is also a very talented caricaturist. His website is well worth a visit. I thought the caricatures of Kim Jong Un and Ian Brown, not 2 names that tend to appear in the same sentence, were particularly good.
Posted by Matt Cole at 13:45 No comments:

A Face Only a Mother Could Love...

While I find all insects interesting it is undoubtedly true that some have more widespread appeal than others. Take the example of this interesting fly than I found recently in my garden. It's a Conopid Fly (Myopa tesselatipennis) and one that I've been keen to photograph for some time precisely because of its unusual looks. While its appearance may not be to everyone's tastes it is the more 'characterful' insects such as this that make for the most interesting macro images in my opinion. This individual had the added misfortune of being covered in some sort of dust. 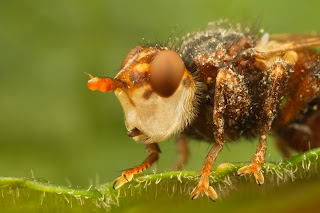 I entered 4 images in this year's British Wildlife Photography Awards and although 3 were shortlisted and reached the last 300 sadly none are among the 100 or so prize winners. There are many thousands of entries and so I am pleased to have reached the last 300 but it's still disappointing to miss out on the prizes. But there's always next year!

I believe the winners will be announced in September. 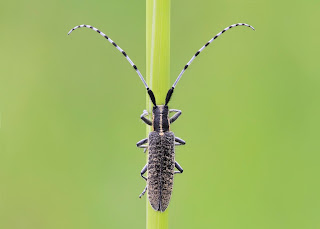 If you ask most people to imagine a bee they will think of a stripy yellow and black Bumble Bee or maybe, at a push, a honeybee. In reality there are a vast number of species of bee in the UK alone and they come in all different shapes and sizes. This spring and early summer I've photographed a few in the Meet Your Neighbours style so here's a selection.

This rather furry fellow is an Andrena bee, Andrena nigroaenea 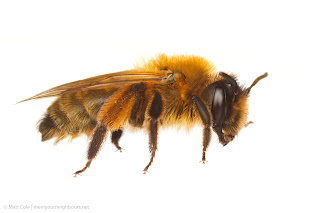 This smaller bee is a Nomada bee, probably Nomada ruficornis 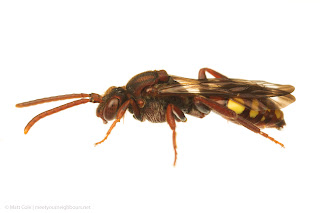 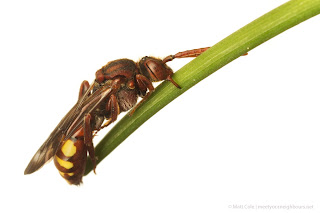 This is a Red Mason Bee, Osmia rufa 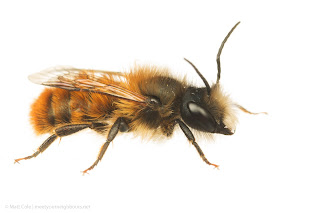 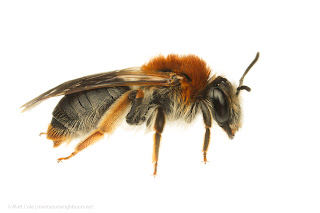 I've posted this one previously, but it's a pair of Tawny Mining Bees, Andrena fulva (female on right)

and finally an unknown Bumble bee of some sort, Bombus sp. 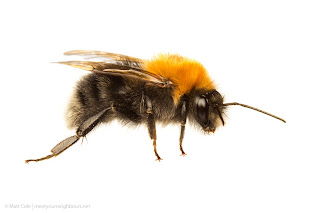 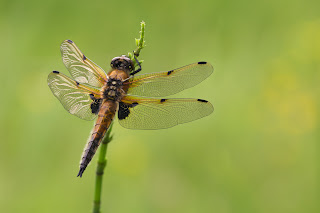 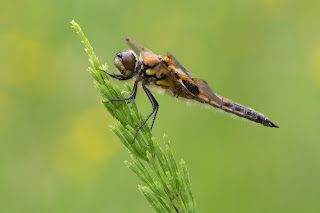 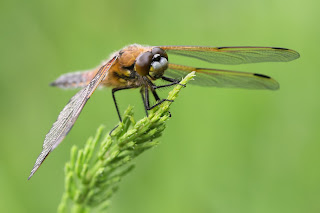 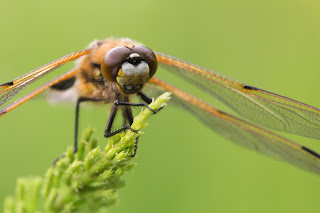 I don't think I have ever had a macro photography session in such unsuitable conditions and so the moral of the story is that macro photography is possible in all (well, most) weathers. Sadly, I think I might have to get used to photographing in such conditions.
Posted by Matt Cole at 20:58 2 comments: