I recently posted about the emergence of Large Red Damselflies (including video, see here) and noted that this year I have been lucky enough to observe the emergence of several damselflies. I decided to photograph one emergence sequence in the Meet Your Neighbours style, with the idea of a composite image showing the various stages of the process firmly in my mind.

The final composite image is below:

...and here's a closer look at one of the images 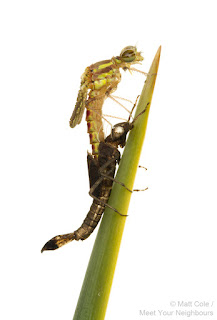 on this occasion I didn't have time to wait around until the damselfly's colours had fully developed (it can take several hours) but here's a different, mature, individual for comparison. 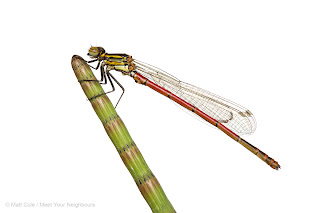 and, again, a closer view 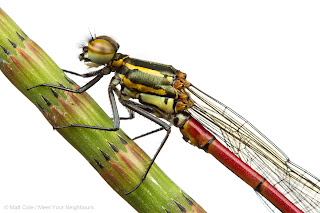 Finally, a view of my rough and ready 'field studio' (if that isn't too grand a term for it)! I'm using white Perspex with a flash positioned behind it and a macro flash attached to the lens. I found the trickiest aspect is keeping the Perspex held vertically but settled on a combination of a Plamp and a couple of bamboo canes which seemed to do the job nicely. 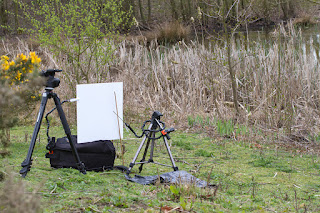 A previous post on this blog discussed my attempts to shoot wideangle macro, or more accurately wideangle close-ups, with the Tokina 10-17mm fisheye lens. This lens is a very effective fisheye but makes close-ups difficult because of its relative lack of magnification. It only really works with larger insects and the lens is still virtually touching the insect (quite literally).

Another lens I've been interested in for some time is the Tokina 35mm macro. Although obviously not as wideangle as the 10-17mm, this is a true macro lens capable of 1x magnification. In principle it should therefore allow small insects to be relatively large in the frame while still giving an impression of the insect's environment.

Anyway, I recently gave in to temptation and this post provides some of my first experiments with the Tokina 35mm macro lens.

A small (10mm) Nomada bee on a grass stalk 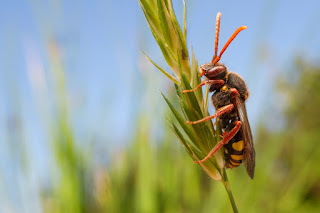 *Please note that these shots were taken quickly on my desk in very poor light so none of the images are sharp but hopefully it demonstrates the differences!*

The left hand image was taken with the Tokina 35mm macro, the middle image with my Canon MP-E 65mm lens and the right hand image with my Sigma 150mm macro. All images were taken at 1x magnification and hence the subject is roughly the same size in each. What is interesting is the difference in the backgrounds. Clearly, the 35mm image contains a lot more of the keyboard, particularly compared to the 150mm image. The 35mm lens can therefore produce macro images but will include much more of the landscape/environment. Incidentally, you can see that lighting is still an issue for the 35mm lens when shooting at 1x as the lens has to be very close to the subject. Shooting at a little less than 1x obviously helps this.

The Nomada bee image above is one image that I have taken recently with this lens. This was taken at approximately 1x magnification (maybe a little less) and I used a 3 flash set-up to get some light on the insect. I'm fairly pleased with this image as I do like this style of shot as it gives a sense of the insect's habitat. A bit of blue sky always helps as well, in my opinion.

I have also taken a few images of ladybirds in amongst a chive plant in my garden: 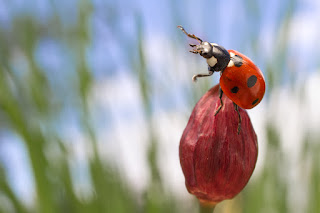 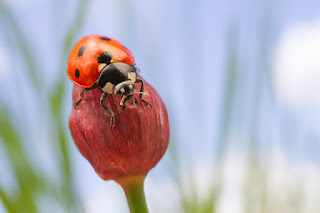 and here's a Hairy Footed Flower Bee on a dandelion: 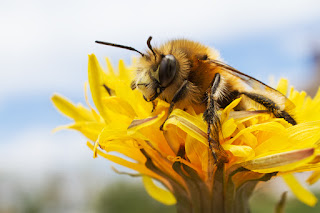 and a Grizzled Skipper butterfly: 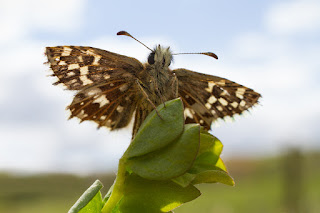 If I used an aperture such as f20 or 22 it would provide more detail in the background and hence provide a more typical 'wideangle macro' look. Unfortunately I haven't yet had the opportunity to open the lens beyond f13, which is what I used in the test shot below. Unfortunately it was far too windy on the day in question to stop down any further. 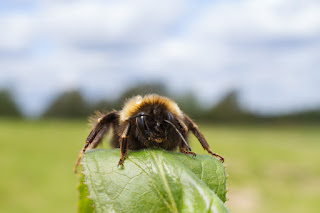 This lens is therefore capable of a style of macro image that wouldn't really be possible with more conventional macro lenses. In my opinion, it works best with a mix of natural light and flash. I hope to take more images of this nature throughout the summer.
Posted by Matt Cole at 10:12 4 comments:

I was recently offered an online gallery on the BBC Wildlife magazine website. It went live today so please take a peek. The theme, in case you hadn't guessed, is British insect photography....

The link to their main website is here or you can visit the gallery directly by clicking on the thumbnail below: 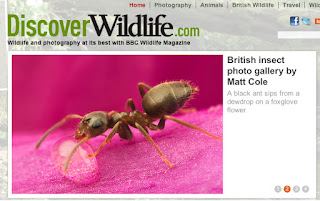 Lots of new images have been added to my main website. Some have already been featured within various recent blogposts but a number are new, some of which are below.

The images can all be found in the Latest Images gallery and in the appropriate Insect or 'Meet Your Neighbours' gallery. 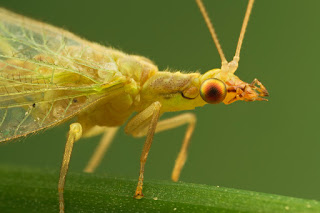 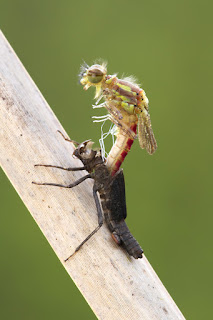 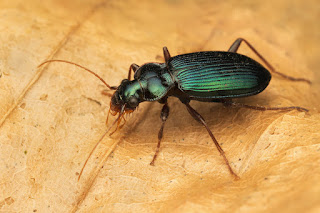 A ladybird taking off 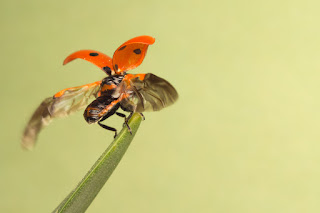 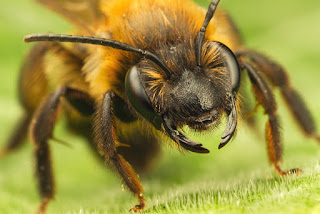 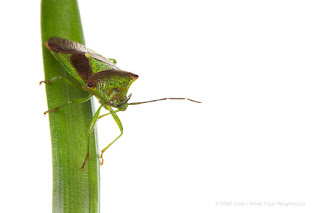 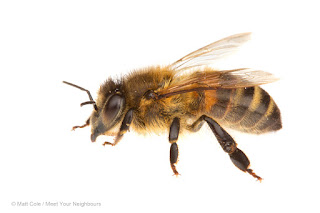 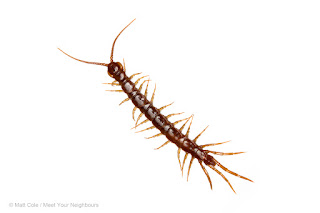 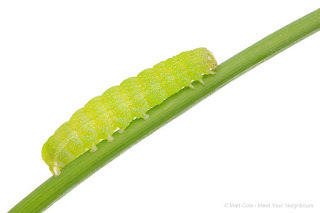 I was recently interviewed for a feature on the Splendour Awaits blog in which Adrian Thysse interviews macro photographers from around the world. I was the second photographer to be interviewed (behind Erez Marom) and I was asked about my inspiration, my techniques and my favourite subjects.

Please click on the thumbnail to see the interview: 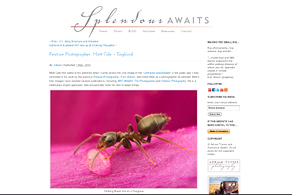 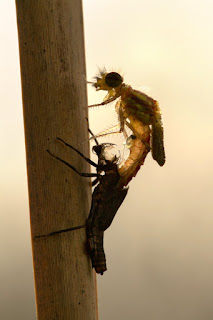 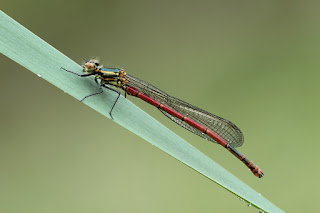