Wildlife Photographer of the Year 2015

The winners of the Wildlife Photographer of the Year competition were announced yesterday. This is always an important day in the wildlife photography calendar and one I look forward to each year. The overall winner was a powerful image by Don Gutoski showing the brutal aftermath of a battle between a red fox and an Arctic fox. The winning and commended (now called 'finalist') images can be found here. 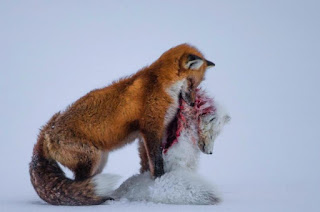 'A Tale of Two Foxes' by Don Gutoski


I think 'A Tale of Two Foxes' is an excellent image. It is powerful, unusual, well composed (I like the symmetry of the foxes' heads) and tells a story. One can only imagine such encounters between red and Artic foxes will become more commonplace as climate change extends the range of the former into that of the latter.

In my view the competition features some inspirational images this year. There are a number that I particularly like but the following are some of my favourites: 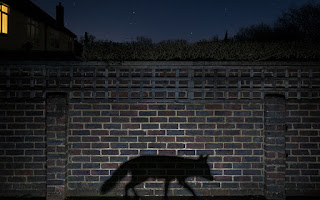 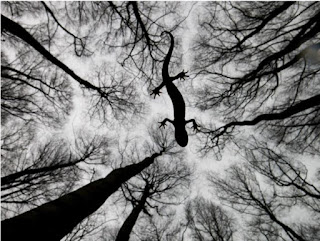 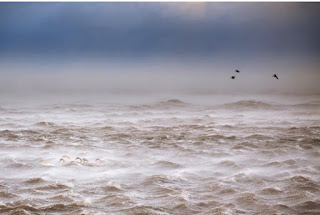 'Battling the Storm' by Vincenzo Mazza -
this image doesn't quite work for me until you spot the Whooper Swans on the water. 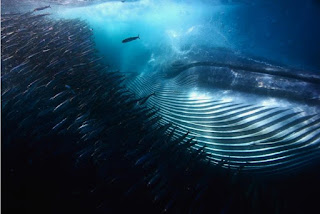 'A Whale of a Mouthful' by Michael Aw 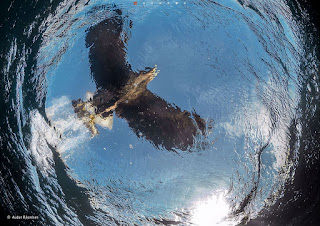 ...and there are several others that I really like too.

I was particularly keen to see the images in the Invertebrates category. Within this category I try to imagine which image I would have been most pleased to see on the back of my camera. By this yardstick, of the 4 winning and finalist images, my favourites would be 'Waiting for the Sun' (below) and 'Wings of Summer' by Klaus Tamm. These are the two images I would have been most keen to rush home and process had I taken them! I notice that this category only features 4 images - all other categories feature at least 5 I think. One can only assume that the judges felt that only 4 invertebrate images met the required quality standard which perhaps reflects a lack of submissions of invert images or just a general dearth of quality. Both are slightly troubling and suggest that the competition is still struggling to cast off its recent reputation for 'not really doing insects'. By comparison, the European Wildlife Photographer of the Year awards always features a much larger, and often higher quality, selection of insect images. Hopefully, the presence of the dedicated Invert category (introduced last year) will result in a greater number of high quality insect images being submitted to WPOTY. 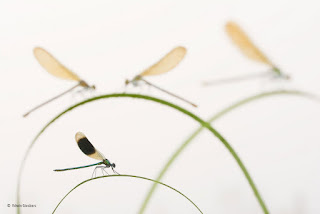 'Waiting for the Sun' by Edwin Giesbers (again!)

Overall, I think the judges have done an excellent job this year. All decisions are of course highly subjective and one can never fully agree with all of them. But, this year's winners contain a number of highly original images featuring a wide selection of subject matter. The reduced emphasis on flagship species is very welcome.

However, I can't resist the urge to have a slightly mischievous moan. In my WPOTY blog post 2 years ago (here) I was critical of the number of similar images in recent years and I highlighted the 3 images below 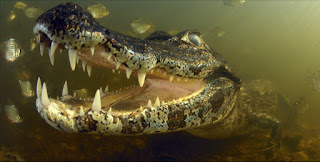 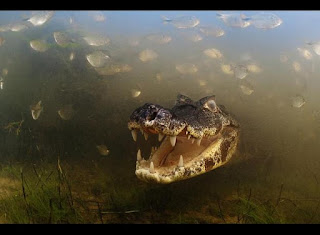 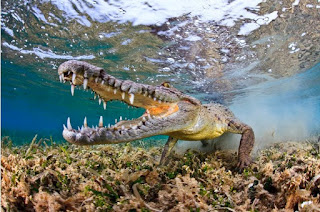 
all of which seemed to suggest that the judges couldn't resist side-on head shots of aquatic reptiles! As if to maintain this tradition, this year's competition contains the following image: 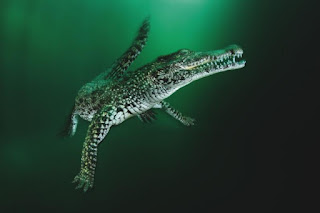 Individually, all of these are very nice images but given the presence of the previous images, I still struggle a little to understand how this latest image was deemed to be sufficiently original to see off competition from over 42,000 other images.

However, I shouldn't end on a negative note as I think this may have been one of the best WPOTY for several years. Well done to the winning photographers and to the judges too.
Posted by Matt Cole at 11:49 1 comment: 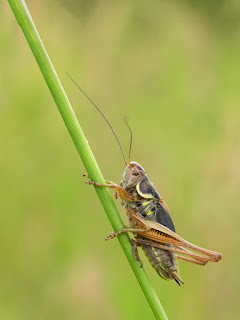 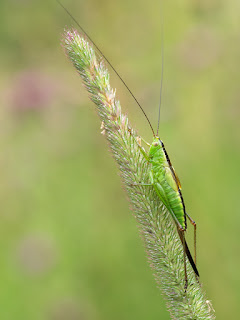 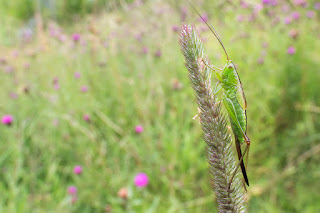 I can only hope that both of these species become established at this site.
Posted by Matt Cole at 14:31 No comments: