[UPDATE: My initial review of this lens can now be found here ]

Venus optics, a Chinese lens manufacturer, has recently announced the production of a 15mm true macro lens i.e. capable of 1:1 or lifesize reproduction. Never before has such a wideangle true macro lens been produced so I am very interested in this lens. I'm very pleased to say that Venus are sending me a sample so that I can review and test it.

This post is therefore simply a 'heads up' that I will be reviewing this lens on this blog as soon as I am able to.

This weblink provides more details on this unique lens. Note that Venus sell this lens under their Laowa brand. 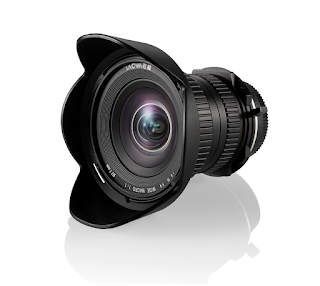 I always enjoy seeing my images published in BBC Wildlife magazine. It's a magazine that I've been reading since I was a teenager and it remains the best publication of its kind on the market. I'm pleased to have an image of an emerging Four Spotted Chaser dragonfly gracing a page of the latest July issue. 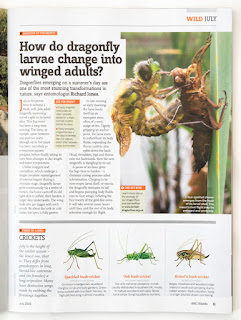 I'm pleased to have a 5 page article on close-up photography in the latest (July) issue of BBC Countryfile magazine. This is the third 'How to Take Winning Photos of...' article the magazine has featured in recent months to support the Countryfile photography competition. The other two articles were on the themes of wildlife photography (Chris Gomersall) and landscape photography (James Osmond).

I even made the front cover (if you look very carefully in the top right hand corner!) 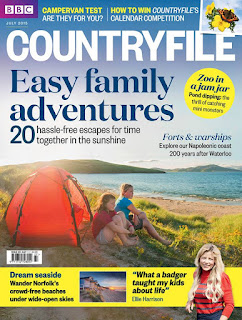 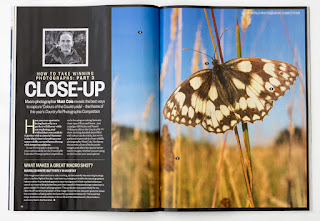 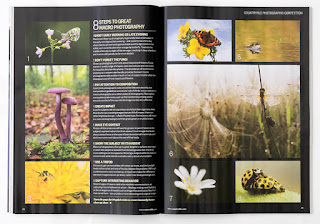 In my experience interesting wildlife and nature photographs are rarely handed to you on a plate. Instead they often require early alarm calls, lots of patience and a certain amount of discomfort in the form of traipsing through undergrowth or lying on your stomach in fields. However, just occasionally things work out a little differently.

One day last week I happened to be sitting on the floor in my house when what looked like a fly fell onto the carpet in front of me. Closer inspection revealed it to be two small flies and I initially assumed they were mating. However it soon became clear that actually one fly was attacking the other. My macro set-up is never too far away so I quickly grabbed it and managed a few photos of the tussle between the two flies. 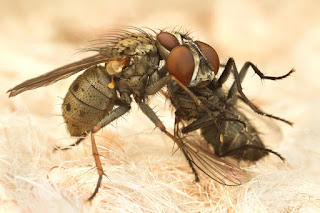 The above image shows the predator on the left biting into the other fly's 'neck' and inserting its feeding tube. It then effectively sucked the insides out of the fly for a minute or two before flying off and leaving the now hollow fly behind.

For those interested in identification, the fly on the left has been identified as Coenosia species while the unfortunate victim is another Muscid fly of some sort.
Posted by Matt Cole at 10:34 No comments: