There was a short spell towards the end of this summer when I discovered a number of insects in my garden that I had never previously seen. As a slightly obsessive macro photographer, I was obviously rather excited about this :-)

First up is this rather handsome Oak Bush Cricket (Meconema thalassinum) that was found perched on some foliage early one morning. 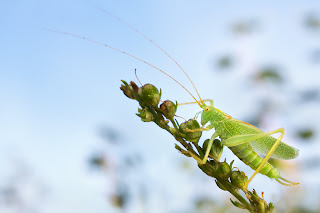 Next is this large hoverfly with very speckled eyes (Eristalinus sepulchralis). It looks very similar to a Drone Fly but the eyes are very different. 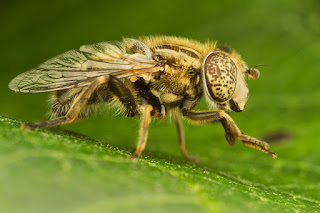 Then we have a Damsel Bug (not to be confused with a Damsel Fly) which is probably Himacerus species, quite possibly the Ant Damsel Bug (Himacerus mirmicoides). 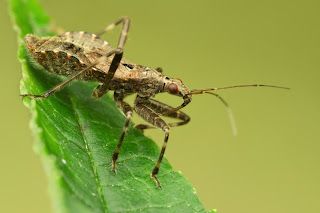 Then we have a juvenile form of a very common species, the Green Shieldbug. I must have had these in my garden before but I don't ever recall seeing this particular juvenile stage. Quite striking I thought. 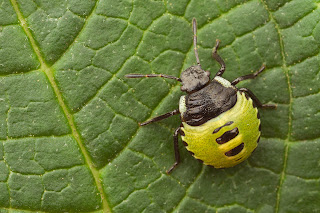 and finally a species that I've mentioned in a previous post, the Green Tortoise Beetle (Cassida viridis): 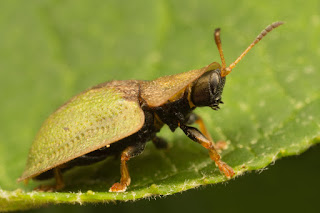 a nice selection and an illustration of what can be found in a fairly typical suburban garden if you keep your eyes peeled.