This winter had been particularly warm in the UK with little by way of snow and ice but the last week or two has seen the arrival of some cold weather. I've no idea how long this cold spell will last (is spring around the corner?) so I was keen to take advantage of these wintery conditions.

I particularly enjoy bright, frosty days as the light can transform even the most mundane of subjects. So last week I visited my local duck pond to see how the local wildfowl were faring. The pond was frozen over but the combination of the low sun and the reflection from the ice did provide some nice lighting.

A Mallard drake on the ice 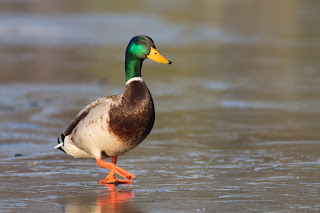 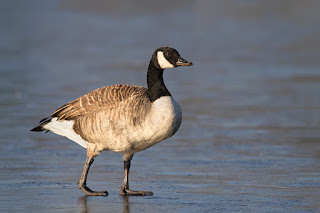 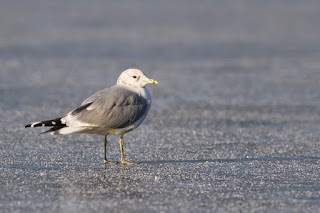 
A Mallard drake in flight 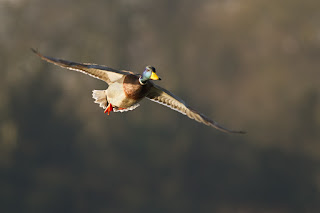 A female Mallard in flight 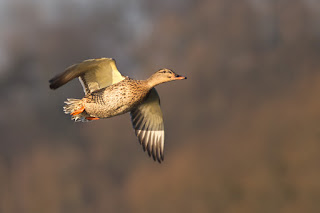 Away from the ducks, those who have seen my recent post on Globular Springtails will know that these tiny invertebrates can remain active in very cold conditions. So on a recent frosty day I turned over a few rocks in my garden to see if I could see any springtails. Sure enough, there they were and within a few seconds they were wandering around on the ice. 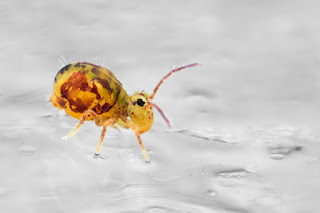 Finally, after a few days of heavy frosts, last Saturday night brought a reasonably heavy snowfall to much of the UK. A walk to some nearby fields revealed a number of sets of animal tracks. I'm fairly confident that some were rabbits, and possibly hares, and those in the image below were almost certainly from a fox.

Fox prints in the snow 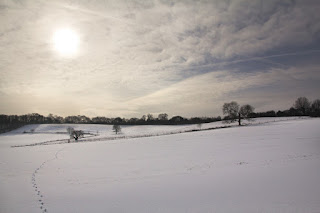